Transcription 1 2 Contents Contents About the It also describes the two models of rackmount servers and the three different Intel motherboards used in the CSAC platform.

July Added CCS Intel S2600WPQ Mellanox InfiniBand requirements shipping, operating, and storage and other minor additions. This guide describes all major components of the CSAC system including the GreenBlade subracks and GB blades, the rackmount compute and management servers, and the iscb module. Refer to the manufacturers documentation for that equipment. This document assumes the user has attended Cray hardware training and has experience maintaining HPC equipment. Feedback Visit the Cray Publications Portal at and use the Contact us link in the upper-right corner to make comments online.

Your comments and suggestions are important to us. We will respond to them within 24 hours.

Designed to offer the widest possible choice of configurations, the CSAC system is a highly scalable Intel S2600WPQ Mellanox InfiniBand modular platform based on the latest x processing, coprocessing and accelerator technologies from Intel and NVIDIA. Industry-standard server nodes and components have been optimized for high performance computing. Both GreenBlade and rackmount servers may be combined in a single system, as needed, to optimally support workloads. There are two GreenBlade subrack height form factors: The GreenBlade platform consolidates server, storage, power and simplified management capabilities. All the subracks feature hot-swappable and redundant cooling fans, power supplies and blade Intel S2600WPQ Mellanox InfiniBand.

Both subracks feature hot-swappable and redundant cooling fans, power supplies, and blade nodes. Both subracks have dedicated bays for optional remote system management modules called Intel S2600WPQ Mellanox InfiniBand Intelligent Server Control Board iscb. The iscb module monitors and controls chassis components and blades. A second iscb can be installed for redundancy. The SR subrack is an 8U chassis housing very similar to the SR with six cooling fans and up to two iscb modules. Hybrid nodes occupy two slots in the subrack, one for the server blade and one for the expansion blade. Cray rackmount servers offer maximum flexibility in an industry-standard package for medium- to large-scale capacity and data-intensive computing workloads. Each server can accommodate more memory, storage and processors per node than individual Cray GreenBlade blade servers.

Cray rackmount servers contain one or four motherboards within a 2U form factor. The motherboards were designed by Intel, in close collaboration with Cray, to be the most reliable in the industry. The X is used for login and system management functions. The XT provides high performance and system responsiveness with outstanding memory bandwidth for data-intensive applications. Hybrid nodes occupy two slots in the chassis, one for the compute blade and one for the expansion blade. The blades offer PCIe connectivity and have space for an internal 2. The system status LED indicates a fatal or non-fatal error in the system. The power button is used to apply power to node components. Pressing the power button initiates a request to the Baseboard Management Controller BMC integrated into the motherboard, which forwards the request to the ACPI power states Intel S2600WPQ Mellanox InfiniBand the motherboard chip set. 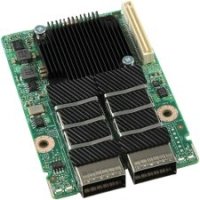 The power button is monitored by the BMC and does not directly control power on the power supplies. The Integrated BMC monitors the power button and any wake-up event signals from the chip set.

A transition from either source results in the Integrated BMC starting the power-up sequence. Since the processors are not executing, the BIOS does not participate in this sequence.

There are two generations of the GBX chassis. The second generation chassis has a different drive mounting bracket that Intel S2600WPQ Mellanox InfiniBand to the chassis base through the node IFB. New SATA power and signal assembly cables are provided. Refer to the following figures. A common GPU bridge board is used in all extension blades. 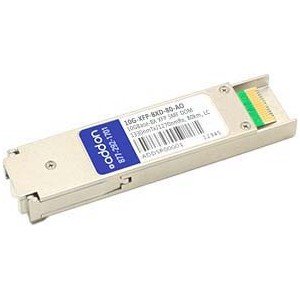